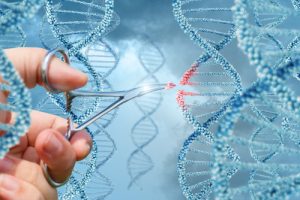 On Wednesday, A panel of cancer experts recommended approval of what could become the first gene therapy available in the U.S. Check out this article, below, to learn more!

The Food and Drug Administration advisory panel voted 10-0 in favor of an advanced leukemia treatment developed by the University of Pennsylvania and Novartis Corp. The FDA usually follows recommendations of its expert panels, but isn’t obligated to do so.

The therapy could be the first of a wave of treatments custom-made to target a patient’s cancer. Called CAR-T, it involves removing immune cells from a patients’ blood, reprogramming them to create an army of cells that can zero in on and destroy cancer cells, and injecting them back into the patient.

“This is a major advance,” said panel member Dr. Malcolm A. Smith of the National Cancer Institute. He said the treatment is “ushering in a new era.”

After decades of setbacks and disappointments in efforts to fix, replace, or change genes to cure diseases, several companies are near the finish line in a race to bring CAR-T and other types of gene therapy to patients. Kite Pharma also has a CAR-T therapy in FDA review and Juno Therapeutics and others are in late stages of testing.

Novartis is seeking approval to use the treatment for patients aged 3 to 25 with a blood cancer called acute lymphoblastic leukemia whose disease has spread or failed to respond to standard treatment. That happens to more than 600 patients in the U.S. each year. At that point, they have limited options — all more toxic than the CAR-T therapy — and survival chances are slim. ALL accounts for a quarter of all cancers in children under age 15.

In a key test, results were far better than chemotherapy and even newer types of cancer drugs. Of the 52 patients whose results were analyzed, 83 percent had complete remission, meaning their cancer vanished. Most patients suffered serious side effects but nearly all recovered.

This article was originally posted on Sun-Sentinel.com