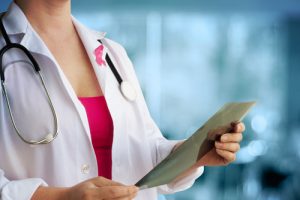 In a study conducted by the Moffitt Cancer Center, researchers found that early-stage breast cancer patients who undergo radiation therapy prior to surgery have a lower risk of developing a second primary tumor. Check out the article, below, to learn more.

Moffitt Cancer Center researchers launched a first of its kind study comparing the long-term benefits of radiation therapy in women with breast cancer either before surgery (neoadjuvant) or after surgery (adjuvant). Their study, published in the June 30 issue of Breast Cancer Research, found that patients who have neoadjuvant radiation therapy have a significantly lower risk of developing a second primary tumor at any site.

A number of recent studies have suggested that radiation therapy may re-educate and stimulate the immune system to target cancer cells. “The observed benefit of neoadjuvant radiation therapy aligns with the growing body of literature of the immune activation effects of radiation, including shrinking of untreated metastases outside the radiation field,” explained Heiko Enderling, Ph.D., associate member of Moffitt’s Integrated Mathematical Oncology Department.

This article was originally posted on Moffitt.org