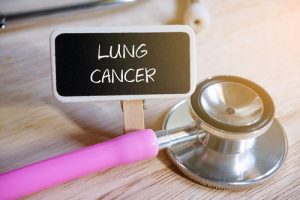 For decades lung cancer screening correlated to the reduction in lung cancer–related death, read more about the myths below.

Since the 1950s experts have known about the link between smoking and lung cancer, but for decades, there was no reliable and safe way to screen those who were at highest risk of developing the disease. That all changed in 2011, when the results of the government-sponsored multicenter National Lung Screening Trial (NLST) were published in the New England Journal of Medicine (NEJM) showing that for current and former smokers at highest risk of developing the disease, the use of low-dose CT screening was associated with a reduction in lung cancer-related death by 20%.

Based on those findings, Memorial Sloan Kettering — like several other hospitals — launched a Lung Cancer Screening Program. Yet many of the people who would benefit most from screening are still not getting it. Bernard Park and Michelle Ginsberg, who together lead MSK’s screening program, hope to change that. We spoke with Dr. Park, a thoracic surgeon, and Dr. Ginsberg, a radiologist, about some of the myths and misconceptions surrounding lung cancer screening, and about what smokers and former smokers should know about getting screened.

Myth: If I quit smoking, I am no longer at risk and don’t need to undergo lung cancer screening. Based on the research, screening is recommended not only for current smokers but also for former smokers who have quit smoking less than 15 years ago, depending on the extent of their tobacco exposure.

More specifically, screening is recommended for people who are between the ages of 55 and 74 and have smoked the equivalent of 30 or more “pack-years.” The pack-years figure is calculated by multiplying the number of years smoked by the number of packs smoked per day. For example, one pack a day for 30 years equals 30 pack years, while two packs a day for 20 years equals 40 pack years.