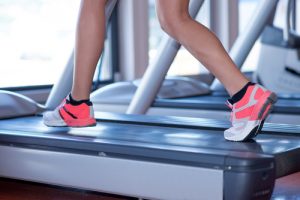 In a recent study, people with cancer stated they were less active after their cancer diagnosis, read more below about the relationship between exercise and cancer.

A new study led by Memorial Sloan Kettering researchers shows that 75% of people with cancer reported reducing their physical activity following their diagnosis, and that this lower activity often persisted for a year or more. Though the results are not entirely surprising, according to postdoctoral research fellow Sally Romero, the study’s first author, the data emphasize the need for new methods to get patients up and moving as they go through treatment and beyond. We spoke with Dr. Romero and Jun Mao, Chief of the Integrative Medicine Service at MSK, for more on the findings and the relationship between exercise and cancer.

Drop-off after Cancer Diagnosis
As part of the study, Dr. Romero analyzed results from a survey of 662 cancer patients designed and conducted by Dr. Mao in his previous role as Director of Integrative Oncology Initiative at the University of Pennsylvania’s Abramson Cancer Center. She and her team found that 75% of respondents reported decreasing their physical activity level after being diagnosed with cancer; 16% maintained the same level; and 4% increased it (the remaining 5% of patients did not respond to the survey question).

“Most of these patients — more than half — were a year out from their cancer diagnosis,” she says. “Knowing that most cancer treatments are completed within six months and these patients are still reporting that their physical activity is down — that was surprising to learn.”

Dr. Romero also says she was interested to learn why patients had trouble staying physically active. The most common barriers to exercise and activity reported were fatigue, pain, difficulty getting motivated, difficulty remaining disciplined, and treatment side effects. Other barriers such as nausea, sadness, and lack of time were all less commonly reported. It is crucial that patients speak up about pain, fatigue, and other symptoms that prevent physical activity, she says. “We don’t want anyone to think that these things are just what they have to live with.”