FB Marine Group’s Holistic Success From Speed on the Water 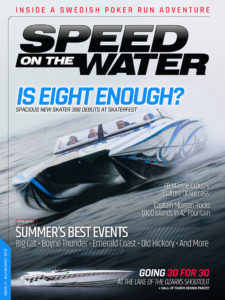 Even Chase Sweers has taken up the cause. His own C3 for Change also knows as “Coins Curing Cancer” charity has raised more than $100,000 to date.

At its annual gala in Fort Lauderdale earlier this year, the American Cancer Society honored the Sweers family as its Family of the Year.

“We used to do a lot of different charitable things, but we really weren’t making an impact,” said Kim Sweers. “So we started concentrating on cancer and weeding out the other things.”