The ACS Blueprint: A Vision for Reducing Deaths from Cancer

Each year, for about the past 25 years, the cancer death rate has gone down. That’s worth celebrating. But our efforts to prevent deaths are far from over. In this year alone, more than 600,000 Americans will die from cancer. In the next 10 years, cancer is expected to become the leading cause of death in the United States.

That’s why the American Cancer Society (ACS) is sharing its vision for a national cancer control plan, or blueprint. It will be published through a series of articles in CA: A Cancer Journal for Clinicians. Otis W. Brawley, M.D., MACP, introduced the ACS Blueprint in an editorial in the July issue. Brawley is chief medical and scientific officer of the ACS.

A Celebration and a Call to Action

The ACS Blueprint is both a celebration of what’s worked and a call to action to do better. “We have accomplished some amazing things over the last 50 to 60 years,” Brawley says. “However, cancer continues to be a leading cause of death largely because known interventions aren’t being applied equitably. That’s why we need to get people from all walks of life onto the same page.” 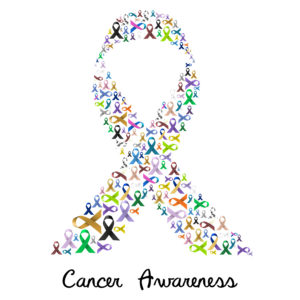 To do that, he says, requires cancer organizations, health care professionals, government agencies, academia and industry to apply what we know works in a more consistent and equitable way.

Equity is the key. Even though cancer does not discriminate and can affect anyone, everyone does not carry the same cancer burden. Your race, gender, age, location, and income can all affect your risk for cancer and the availability of high-quality screening and treatment. Certain people who develop cancer bear more of its financial, emotional, and social impacts than others.

One piece of good news? Even without any new cancer breakthroughs, we can prevent many cancer deaths by sharing broadly what we already know works with all Americans, Brawley says. What follows is a preview of some lessons the Blueprint will lay out.

Efforts to Prevent Cancer Can Have a Big Payoff

“In this country, we have focused on screening and treating and not put enough emphasis on prevention,” Brawley says. Wise cancer screening is a good investment in reducing short-term rates of death from several cancers. This includes cancer in the cervix, breast, colon, and lung. “But the number of lives that we can save from a concerted national effort to prevent disease is far higher than we can save through screening campaigns,” he says.

Health care in the United States is the costliest in the world, and the average family health insurance policy is nearly $19,000 a year, Brawley says. “When you’re able to avoid a disease, you save money on healthcare and so does your insurance company.”

Brawley says that we have a successful model already for prevention—the one we used to help people quit using tobacco. We can apply some of the same lessons we learned there to help people make other lifestyle changes that contribute to the development of cancer.

We learned, for instance, that adding taxes to cancer-causing products, like cigarettes, and using widespread public health campaigns worked. Successful cancer prevention programs also enlist the community’s support to help people make lifestyle changes. Nonsmoking workplaces are an example of how this can work.

The next health issues we need to tackle are the ones that together are the second-leading cause of cancer, after smoking. These are a combination of obesity, lack of exercise, and eating too many calories, says Brawley. Some of the programs the ACS has supported to help curb these effects so far include:

Brawley’s hope is that the ACS Blueprint will motivate people to support efforts like these as well as make the effort to lead healthier lives. “I think the best way people learn and change their behaviors is to start asking questions about what works.”

“It also helps to remember that seeing the benefits of our efforts, both publicly and personally, sometimes requires patience,” he says. “The anti-smoking campaigns of the 1960s and 1970s, for instance, did not bear fruit until the 1990s. That’s when we began to see fewer deaths from cancer that were related to smoking.”

Accessing Care: Insurance Is Not the Whole Answer

The Affordable Care Act (ACA) has helped lower the cancer death rate in several ways, by:

CLICK HERE TO CONTINUE READING
This article was originally posted on cancer.org.