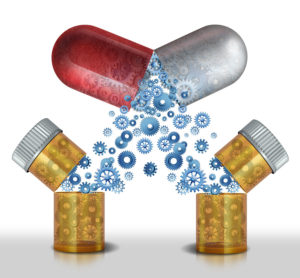 Terminally ill cancer patients could be “effectively cured” of the disease using a powerful new combination of drugs described by scientists as heralding a once-in-a-generation advance in treatment.

A British-led trial brought “spectacular” results with more than half of patients with advanced melanoma seeing tumours shrink or brought under control using the drugs.

Prof Roy Herbst, chief of medical oncology at Yale Cancer Centre in the US, said the treatment, which uses the body’s immune system to attack cancerous cells, could potentially replace chemotherapy as the standard cancer treatment within five years.

“I think we are seeing a paradigm shift in the way oncology is being treated,” he said. “The potential for long-term survival, effective cure, is definitely there.”

In an international trial, 945 patients with advanced melanoma were treated using the drugs ipilimumab and nivolumab. The treatments stopped cancer advancing for nearly a year in 58% of cases, with tumours stable or shrinking for an average of 11.5 months, researchers found.

This was compared with 19% of cases for ipilimumab alone, with tumours stable or shrinking for an average of two and a half months, according to the research published in the New England Journal of Medicine.

Dr James Larkin, a consultant at the Royal Marsden hospital and one of the UK’s lead investigators, told the BBC: “By giving these drugs together you are effectively taking two brakes off the immune system rather than one, so the immune system is able to recognise tumours it wasn’t previously recognising and react to that and destroy them.

“For immunotherapies, we’ve never seen tumour shrinkage rates over 50% so that’s very significant to see. This is a treatment modality that I think is going to have a big future for the treatment of cancer.”

Ipilimumab was approved as an advanced melanoma treatment by the UK’s health service last year. The drug is given intravenously every three months and costs around £100,000 for a year. Nivolumab is given every two weeks until it stops working.

He added: “Together these drugs could release the brakes on the immune system while blocking cancer’s ability to hide from it. But combining these treatments also increases the likelihood of potentially quite severe side-effects. Identifying which patients are most likely to benefit will be key to bringing our best weapons to bear against the disease.”

CLICK HERE TO CONTINUE READING
This article was originally posted on TheGuardian.com.