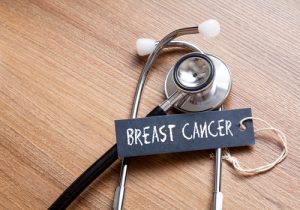 Researchers are gaining insight about Breast Cancer drug resistance, and it’s ability to develop treatment by activating an alternate means of fueling its growth.

Breast cancer’s ability to develop resistance to treatment has frustrated researchers and physicians and has thwarted even the latest and greatest targeted therapies. For example, after researchers identified a disease pathway integral to many breast cancers called PI3K, they began testing experimental drugs that block this pathway — only to see the tumors then activate another pathway to fuel their growth.

But exactly how the cancer cells make this switch to a second pathway, called the estrogen receptor (ER) pathway, has been a mystery.

Now Memorial Sloan Kettering researchers report in the journal Science that they have solved a major part of this puzzle: The inhibited PI3K pathway activates the ER pathway through an epigenetic mechanism using a protein called KMT2D.

Epigenetics, the study of genetic changes not related to DNA sequence, has become a very hot field in cancer research. While epigenetic changes are known to play an important role in leukemias, lymphomas, and other cancers, this is the first evidence discovered in breast cancer.

“We’ve long known breast cancer is very plastic — you block one pathway, it adapts by activating another,” says José Baselga, MSK’s Physician-in-Chief and Chief Medical Officer. Dr. Baselga is one of the lead authors on the study.

“We now understand the mechanism by which these two important pathways ‘talk’ to each other,” he explains. “Discovering this epigenetic role opens up a whole new comprehension of how these cancer cells function.”