Olivia Newton-John ‘Knew Something Was Wrong’ 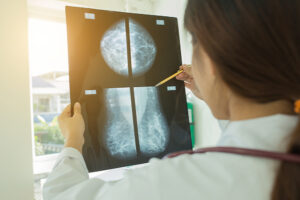 Sometimes you need to trust your instincts, which is what Olivia Newton-John did when her mammogram did not catch her breast cancer initially. C3 For Change is fighting for a cure and supporting those who are going through this tough time. Continue reading below to find out more.

Olivia Newton-John, 77, has been open about her breast cancer journey after her diagnosis in 1992. In a new video for the launch of the Olivia Newton-John Foundation, the actor revealed that her initial mammogram didn’t catch her breast cancer. She received a mammogram and a needle biopsy, both of which came back benign. The National Cancer Institute at the National Institutes of Health (NIH) estimates that 20 percent of mammograms are false negatives, which can contribute to a delay in treatment and a false sense of security for some.

Newton-John, however, “knew immediately that something was wrong,” she says in the video. “I don’t say this to scare women, but you have to just trust your instincts.”

She describes meeting with her surgeon, who then did a surgical biopsy. Surgical biopsies, which experts often recommend when other diagnostic methods are inconclusive or there’s reason to think more investigation is necessary, involve an incision to access the suspicious area of cells, according to the Mayo Clinic. In Newton-John’s case, her surgeon found breast cancer in her right breast, removed the lump, and sent her to an oncologist. Newton-John then underwent a mastectomy and nine months of chemotherapy. She also incorporated acupuncture, massage, meditation, and cannabis into her lifestyle with the guidance of an M.D.

“All of this was overwhelming,” she says. “It was a feeling of dread and terror of the unknown.”

Newton-John was in remission until 2013, when the cancer metastasized outside of her breasts. By 2017, it had progressed to stage 4 breast cancer and spread to her spine. She launched the Olivia Newton-John Foundation to help others cope with their breast cancer diagnoses.

“I’m so excited to start this foundation and to bring kinder therapies for people going through cancer and living with cancer,” she says in the video. “And to give them more of the tools and information they need to have a happier, healthier, kinder existence.”

After skin cancer, breast cancer is the most common cancer in U.S. women, according to the Mayo Clinic. The American Cancer Society reports that one in eight women will develop breast cancer, so regular mammograms, though not always perfect, are still an imperative preventive measure. The U.S. Preventive Services Task Force recommends women get a mammogram every other year once they’re over the age of 50. However, getting mammograms before age 50 may be necessary if you have certain risk factors like a family history of breast cancer—especially from a first-degree relative like a parent.

Breast cancer screenings can also be helpful early detection measures. According to the Mayo Clinic, some symptoms of breast cancer include a breast lump, a change in breast size or appearance, a newly inverted nipple, and dimpling on the skin of the breast. Finding something like a new lump in your breast definitely isn’t always a sign of cancer—it may be something like a benign cyst. These usually move around easily and are tender, as opposed to breast cancer tumors, which tend to be hard, immobile, and not painful, SELF previously reported. But even if you’re pretty sure a lump you’ve developed is something like a cyst, if you’re at all concerned, see your doctor—even if your most recent screening, such as a mammogram, didn’t find anything amiss.