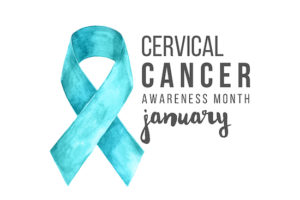 In an interview during National Cervical Awareness Month, Fox NFL sideline reporter, Erin Andrews, shared her story with the public to spread awareness of cervical cancer.  Andrews talks about the importance of going to the doctor even if you have no symptoms, just to ensure that you don’t have any underlying health complications. Read the article below for more information about Andrews’ Cancer journey.

TV personality and Fox NFL sideline reporter Erin Andrews, diagnosed with cervical cancer in 2016, has inspired so many since she went public with her disease. Continuing her packed schedule and working nonstop since her surgery that year, Andrews, now cancer free, has already gotten 2020 off to a rousing start.

On Monday, the reporter, 41, who is also co-host of “Dancing With the Stars,” sat down with New Orleans Saints star quarterback Drew Brees for Fox NFL to discuss his injured thumb, the silver lining — “I didn’t get hit for six weeks” — and how the team is in its prime.

The interview came during National Cervical Awareness Month. Andrew herself went public with her story in January 2017 to help spread awareness about the disease.

Andrews’ Cancer Journey
Because Andrews was screened regularly, her cancer was caught at an early stage. Women who are diagnosed at a later stage may have to undergo radiation, chemotherapy, or some other aggressive treatment option. In Andrews’ case, she and her doctor decided that surgery was the best option.

“Even if you feel like you’re healthy and you’re busy, it’s so important to go to the doctor,” Andrews said in a 2018 interview with InStyle. “I made time to do it every single year, and no one in my family had ever dealt with cervical cancer before. I didn’t have any symptoms whatsoever, and I was getting ready for football season. I just went in for a normal exam and thought everything would be good to go. Then, I got a message from my gyno explaining that things were not good.”

And she told Good Morning America that she hopes to start a family with her husband, former NHL player Jarret Stoll, and could it do naturally because she “didn’t have to have a hysterectomy. … But that is because I went and got tested and because we were able to treat it early, and that is all you need to tell the women in your life.”

From Surgery to the Super Bowl
Fortunately, Andrews was able to keep working during her treatment. Seventeen days after her diagnosis, she had surgery for her cancer, and 48 hours later got on a plane to Wisconsin to cover the Green Bay Packers, according to People.

“I don’t really like dealing with the things like this in my life,” she told the magazine. “I want to talk about next year’s Super Bowl and ‘Dancing With the Stars’ and the fall season, and everything like that.”

Andrews has remained positive, thrilling her supporters with her optimism and strength.