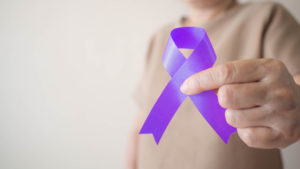 For the last year, many people have been following Alex Trebek as he battles Pancreatic Cancer. Recently, Representative John Lewis announced he was battling the same cancer. Following this announcement, Trebek decided to challenge Lewis to complete 2020 as cancer survivors together. Read below to find out more on John Lewis and Alex Trebek as they take on 2020.

The men, both of whom are 79 years old, are battling the disease. Lewis, a Democrat from Georgia, shared his diagnosis in late December. Trebek announced his battle on his show in March and has shared updates on his condition since.

“We’re starting a new year, and let’s see if we can’t both complete the year as pancreatic cancer survivors,” Trebek said on Monday when asked if he had a message for Lewis, according to the Associated Press.

Lewis said he will not resign from Congress and intends to fight the disease.

“I have been in some kind of fight — for freedom, equality, basic human rights — for nearly my entire life. I have never faced a fight quite like the one I have now,” he said in a Dec. 29 statement. “I am going to fight it and keep fighting for the Beloved Community. We still have many bridges to cross.”

Trebek recently finished taping a special edition of his game show, which he has hosted since 1984. Jeopardy! The Greatest of All Time is scheduled to begin airing on ABC on Tuesday, with past top contestants James Holzhauer, Ken Jennings, and Brad Rutter returning.

He admitted to struggling through part of the taping but said one of the show’s producers reassured him that he looked as calm and quick as ever.