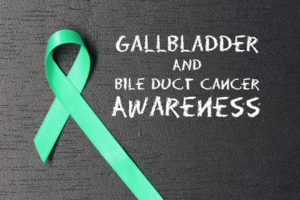 We are ending February which is gallbladder and bile duct cancer awareness month with a story that touches the heart. A family in Virginia were shocked when their loved one was diagnosed and quickly passed away from Gallbladder Cancer. Having a loved one affected by cancer is something that, Chase Sweers founder of C3 For Change knows all too well knows all too well, so our heartfelt thoughts are extended to other families during such a difficult time. Read more below about their experience.

PAGE COUNTY, Va. (WHSV) — February is gallbladder and bile duct cancer awareness month, and a family in Luray is sharing their story because they want to raise awareness.

Gerald Good had just turned 70 years old when he went to a doctor because of several months of back pain and other symptoms he had been experiencing.

Gerald’s daughter, Crystal Good-Geraghty, said eventually, doctors found a gallstone and that led to symptoms of gallbladder cancer in 2018.

“The doctor called me out of the room and he told me that my daddy had cancer and had to be transferred to a different hospital,” said Crystal.

He spent a few more days in the hospital where he was told there was nothing they could do to help him. He passed away a few weeks later. Melissa Good-Fuller, who is also Gerald’s daughter, said that they want to make a difference.

“It was something that snuck up on him and it took him out quick,” said Melissa. “It is very rare, it is aggressive, and don’t wait. If, you know, we’re hoping that our story can save someone else.”

They said their dad was working until a few days before his diagnosis doing what he loved: cleaning up the town of Luray by collecting scrap metal in his truck.

His family said they want to see the month of February lit up green to remember their dad and all of the other people who were taken too soon from this disease.

“There needs to be more research out here,” said Crystal.

Gerald had routine doctor’s office visits and labs done. They said the symptoms are hard to find until it is too late. Some symptoms to look out for are extreme itchiness or history of gallbladder problems.

The family fundraises to raise awareness and funds to get their dad a headstone. Since he died so unexpectedly, they were not able to afford one.

Donations for his headstone can be made to Rinker and Frye in Mount Jackson under Gerald Good.

Get the latest updates from whsv.com delivered to your browser