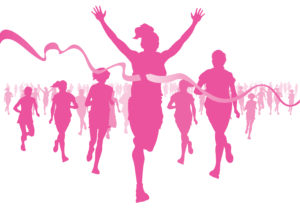 Meaghan Murray-Neuberger raced for the finish line on February, 9th at the 26.2 with Donna The Marathon to Finish Breast Cancer. Her mother was a cancer survivor and the cause is dear to her heart just like it is for Chase Sweers, founder of C3 for Change. The Marathon pays tribute to a local TV anchor, Donna Deegan who battled the disease three times. Read more below about Meaghan winning the race!

It took just three hours for a Baltimore woman to accomplish a rare three-peat.

The race is the largest fundraiser for a foundation dedicated to several breast cancer causes.

Murray-Neuberger is a digital marketer in the Baltimore area that has worked with the Florida based race for several years according to an interview with FOX Baltimore in 2018.

She said her mother is a breast cancer survivor which she says makes the race “near and dear to her heart.”

Murray Neuberger is an avid runner who is no stranger to the running scene in Baltimore.

According to the official race results, she finished this marathon in 3:00:19, less than 8 minutes behind the male winner of the race.

She finished fifth overall. The time was also six minutes faster than her 2018 finish.

The weather was cool with some wind on the 2019 newly designed flat course that serves as a qualifier for the Boston Marathon.

The course looks like a sea of pink as local fans line the roads dressed in the official color of breast cancer.

She formed the Donna Foundation in 2003 after she was diagnosed with the potentially deadly disease for the 2nd time. She was an active runner so five years later she started the marathon.