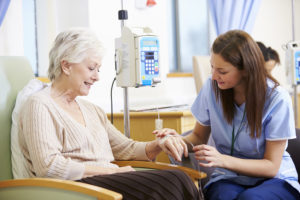 Many women with early-stage breast cancer who would receive chemotherapy under current standards do not actually need it, according to a major international study that is expected to quickly change medical treatment.

“We can spare thousands and thousands of women from getting toxic treatment that really wouldn’t benefit them,” said Dr. Ingrid A. Mayer, from Vanderbilt University Medical Center, an author of the study. “This is very powerful. It really changes the standard of care.”

The study found that gene tests on tumor samples were able to identify women who could safely skip chemotherapy and take only a drug that blocks the hormone estrogen or stops the body from making it. The hormone-blocking drug tamoxifen and related medicines, called endocrine therapy, have become an essential part of treatment for most women because they lower the risks of recurrence, new breast tumors and death from the disease.

“I think this is a very significant advance,” said Dr. Larry Norton, of Memorial Sloan Kettering Cancer Center in New York. He is not an author of the study, but his hospital participated. “I’ll be able to look people in the eye and say, ‘We analyzed your tumor, you have a really good prognosis and you actually don’t need chemotherapy.’ That’s a nice thing to be able to say to somebody.”

The findings apply to about 60,000 women a year in the United States, according to Dr. Joseph A. Sparano of Montefiore Medical Center in New York, the leader of the study.

“The results indicate that now we can spare chemotherapy in about 70 percent of patients who would be potential candidates for it based on clinical features,” Dr. Sparano said.

But Dr. Sparano and Dr. Mayer added a note of caution: The data indicated that some women 50 and younger might benefit from chemo even if gene-test results suggested otherwise. It is not clear why. But those women require especially careful consultation, they said. (Most cases of breast cancer occur in older women: The median age at diagnosis in the United States is 62.)

The study, called TAILORx, is being published by The New England Journal of Medicine and was to be presented on Sunday at a meeting of the American Society of Clinical Oncology in Chicago. The study began in 2006 and was paid for by the United States and Canadian governments and philanthropic groups. Genomic Health, the company that makes the gene test, helped pay after 2016.

This year, about 260,000 new cases of breast cancer are expected in women in the United States, and 41,000 deaths. Globally, the most recent figures are from 2012, when there were 1.7 million new cases and more than half-a-million deaths. 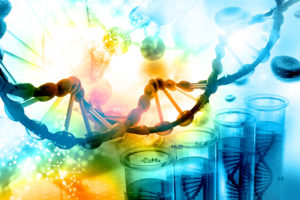 Chemotherapy can save lives, but has serious risks that make it important to avoid treatment if it is not needed. In addition to the hair loss and nausea that patients dread, chemo can cause heart and nerve damage, leave patients vulnerable to infection and increase the risk of leukemia later in life. TAILORx is part of a wider effort to fine-tune treatments and spare patients from harsh side effects whenever possible.

Endocrine therapy also has side effects, which can include hot flashes and other symptoms of menopause, weight gain and pain in joints and muscles. Tamoxifen can increase the risk of cancer of the uterus.

Patients affected by the new findings include women who, like most in the study, have early-stage breast tumors measuring one to five centimeters that have not spread to lymph nodes; are sensitive to estrogen; test negative for a protein called HER2; and have a score of 11 to 25 on a widely used test that gauges the activity of a panel of genes involved in cancer recurrence.

The gene test, called Oncotype DX Breast Cancer Assay, is the focus of the study. Other gene assays exist, but this one is the most widely used in the United States. It is performed on tumor samples after surgery, to help determine whether chemo would help. The test is generally done for early-stage disease, not more advanced tumors that clearly need chemo because they have spread to lymph nodes or beyond…

CLICK HERE TO CONTINUE READING
This article was originally posted on NYTimes.com.