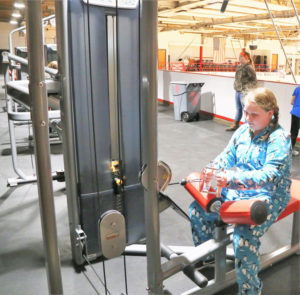 We found a great story about how a middle school in Iowa is raising cancer awareness this month. Since cancer can affect so many of us, we hope to see many more efforts in the future of schools raising awareness so early.

Pajamas were considered acceptable attire at Evans Middle School Tuesday during part of this month’s Stand Up to Cancer campaign.

February is National Cancer Prevention Month, said Nicole Ward, sponsor for the Evans Student Council. The council has been raising money all month for the American Cancer Society in Des Moines.

Students have purchased ribbons and silicone bracelets to raise money and will participate in Spirit Week events this week for cancer awareness.

Tuesday’s theme was Dreaming of a World Without Cancer.

Five Evans teachers are vying to have their heads shaved in another cancer fundraiser. Five jars bearing the names of Dalton Stone, Alan Brown, Brian Cutsforth, Austin Burkland and Zachary Barr are filling with student donations. Whichever teacher has the most money in his jar by Friday will have his head shaved Wednesday at a school-wide assembly, Ward said.

The Evans Student Council consistently raises social awareness among the school’s students. “We try to do some things for Evans,” Ward said, but “I want them to see the bigger picture.”

CLICK HERE FOR MORE
This story was originally posted on OttumwaCourier.com.

Click Here to join the 28 Million Americans fighting cancer ~ Help us save lives one donation at a time.