Cancer Doesn’t Care About Your Age 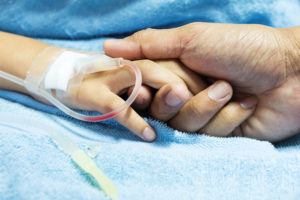 A cure for cancer must be found! Until a cure is found, C3 For Change believes education is currently the key to treating and preventing cancer. To succeed in our mission, we need your help. The countless number of innocent children affected by cancer need your help.

Rob Delaney’s 2-year-old son Henry died in January after being diagnosed with a brain tumor in 2016, the comedian announced on Friday.

Delaney posted on Facebook Friday morning saying that doctors discovered the brain tumor shortly after his son’s first birthday, which was removed and treated in early 2017. The cancer returned in the fall, and Henry died last month.

“My wife and Henry’s older brothers and I are devastated of course,” the “Catastrophe” actor wrote. “Henry was a joy. He was smart, funny, and mischievous and we had so many wonderful adventures together, particularly after he’d moved home following fifteen months living in hospitals. His tumor and surgery left him with significant physical disabilities, but he quickly learned sign language and developed his own method of getting from A to B shuffling on his beautiful little bum. His drive to live and to love and to connect was profound.”

CLICK HERE TO CONTINUE READING
The story was originally posted on Variety.com.

We contribute 100% of donations and we need your help today. Be a part of the C3 For Change team.
Every coin helps… Donate today!