Chase Sweers, one of the three C’s that helped form C3 for Change, knows to never give up in the face of adversity. Keeping this in mind, he was able to offer some great inspiration to his father, Randy Sweers of FB Marine Group. Check out this story “Sweers All In for SBI Key West Worlds” – By Matt Trulio. 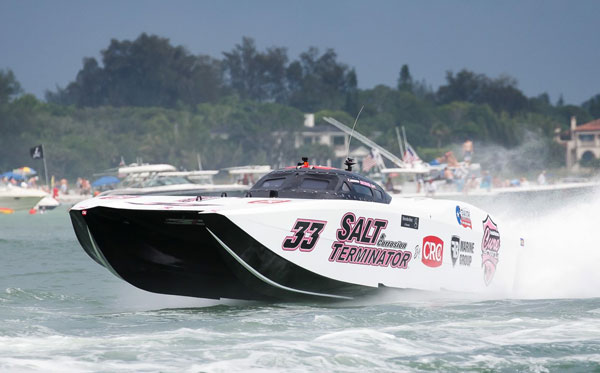 Despite mixed results in two races this season, Randy Sweers and company are heading into the SBI Key West Offshore World Championships with a positive attitude and a new setup for their 40-foot MTI catamaran. ‘

Disappointed with the Clearwater performance, Sweers considered opting out of the upcoming SBI Offshore World Championships in Key West, Fla. A chat with his son, Chase, changed his mind.

“I was frustrated,” said Sweers, the managing partner of Pompano Beach, Fla.-headquartered FB Marine Group, which he runs with his wife, Kim. “I was thinking about not going to Key West. I was even thinking about selling the boat. Anyone who knows me knows I don’t like losing. I’m not used to it. But then my son came up to me and said, ‘Dad, I love going to races. It’s OK that you didn’t win. Mom and I had a great time.’ And that was enough for me.

This article originally posted on SpeedOnTheWater.com.
Click Here to join the 28 Million Americans fighting cancer ~ Help us save lives one donation at a time.