Check out this article about newly developed research regarding how genetic factors could increase your risk for testicular cancer. 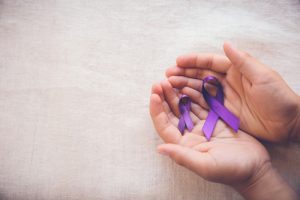 TAMPA, Fla. – Testicular cancer is relatively rare with only 8,850 cases expected this year in the United States. A majority of testicular cancer, 95 percent of all cases, begins in testicular germ cells, which are the cells responsible for producing sperm. Testicular germ cell tumors (TGCT) are the most common cancer in men aged 20 to 39 years in the U.S. and Europe. Peter Kanetsky, Ph.D., M.P.H., chair of the Cancer Epidemiology Department at Moffitt Cancer Center, and colleagues from the International Testicular Cancer Consortium (TECAC), launched a large analysis of five major testicular cancer studies to investigate genetic risk factors linked to TGCT. Their results, which uncovered eight new genetic markers associated with TGCT, were published in the June 12 issue of Nature Genetics.

Scientists are unsure why the incidence of TGCT has been increasing or why it is more prevalent in certain populations. Their goal is to identify risk factors for TGCT to increase their understanding of how it arises and to identify those patients who may develop TGCT to prevent progression and treat the disease earlier.

It is believed that some TGCT risk factors may be inherited. Men who have a father with TGCT are four times more likely to develop it, and the risk increases eight-fold if they have a brother with TGCT. Approximately 30 genetic risk factors have been identified so far, but these do not completely account for all of the potential heritable risks.

“Our findings substantially increase the number of known susceptibility genes associated with TGCT. This moves the field closer to a comprehensive understanding of the underlying genetic architecture and development of the disease,” Kanetsky said.

This article was originally posted on Moffitt.org