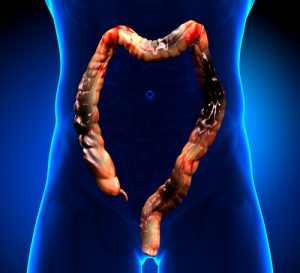 Though the overall incidence of colorectal cancer has been on the decline in the US for years, it is increasing among individuals in their 20s and 30s. A new study conducted by the American Cancer Society and published in the Journal of the National Cancer Institute concluded that someone born circa 1990 faces twice the risk of colon cancer and four times the risk of rectal cancer compared with the risk faced by someone born circa 1950. For example, the risk of rectal cancer in a 27-year-old today is four times higher than that of a 27-year-old in 1977.

We spoke with Andrea Cercek, a medical oncologist in MSK’s Gastrointestinal Service, to learn more about colorectal cancer risk and to put the findings from this particular study into context.

We’ve known that the incidence of non-hereditary colorectal cancer is on the rise in young patients, particularly those under age 50. This study is important, in part, because it was done on a large scale and confirms what we know. This study adds that, specifically, rectal cancer rates are increasing even more than colon cancer. It’s interesting, and right now, we don’t really have a good explanation.

There has been significant interest to do more research in this area, with this group of patients that we wouldn’t normally expect to be diagnosed with cancer at such a young age. The real question here is: Should we recommend colonoscopies earlier, at age 40 or 45? At this time, these data don’t clearly support such a recommendation. Although the incidence is increasing, it remains relatively low. But the data are compelling, particularly with the increased incidence of rectal cancer.

My key takeaway is that young people should not dismiss or minimize any persistent gastrointestinal symptoms. I do see this happen in my practice and it can lead to a patient being diagnosed later on, with more advanced disease.

A younger person could read this study and request a colonoscopy. A recommendation or guideline like that — to start screening an entire population — is not clearly supported by this study. If a person has persistent gastrointestinal symptoms, a family history of colorectal cancer, or a hereditary predisposition to the disease, he or she should tell their physician about that and they may need to undergo regular colonoscopies starting at a younger age.