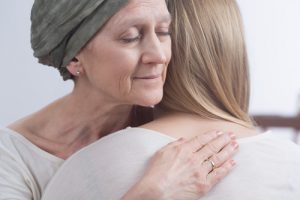 The AACR Project GENIE is expected to provide insights on cancer mutations in the genetic code.

A collaboration among eight leading cancer centers, including MSK, is aiming to take advantage of genomic sequencing of patient tumors to advance the field of precision oncology. On January 5, the group is announcing the release of data on nearly 19,000 cancer patients.

Even before President Barack Obama announced the National Cancer Moonshot Initiative last January, which called for more collaboration and data sharing among research institutions, Memorial Sloan Kettering and a group of other cancer centers had already embarked on their own data-sharing initiative. Called AACR Project GENIE, the program aims to boost precision oncology research by developing a registry of genomic and clinical information from cancer patients treated around the world.

On January 5, that group is announcing the release of its first batch of data: genomic sequencing information on tumors from nearly 19,000 cancer patients, linked to some information about their clinical care. This project will enable researchers to study the natural history of tumors with particular cancer-related gene mutations and how these mutations correlate with patient outcomes.

“Many of the mutations linked to cancer are rare, making it difficult for one institution to collect enough data to make statistically significant connections between a particular mutation and its role in causing cancer,” says MSK physician-scientist Charles Sawyers, who serves as Chair of AACR Project GENIE’s Steering Committee. “There is a great value for the institutions involved in this project in joining together and pooling the insights that we’re gaining from the sequencing of patient tumors.”