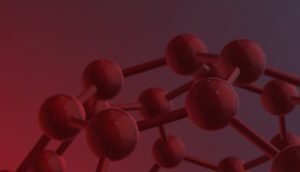 Check out this fascinating update in breast cancer treatment research, below!

Thousands of breast cancer researchers and physicians from around the world gathered last week at the San Antonio Breast Cancer Symposium (SABCS). One topic that garnered a lot of attention is DNA repair. The two most famous genes associated with breast cancer — BRCA1 and BRCA2 — are involved in the DNA repair pathway, and drugs targeting this pathway are now a promising avenue of treatment. The first drugs of this type to become available were PARP inhibitors. The FDA approved the PARP inhibitor olaparib (Lynparza™) in 2014 for the treatment of advanced ovarian cancer in women with inherited BRCA mutations. Clinical trials of PARP inhibitors in women with breast cancer are ongoing.

To find out more about the current status of treatments that target DNA repair pathways, we spoke with Simon Powell, Chair of Radiation Oncology at Memorial Sloan Kettering. Dr. Powell is an expert in the molecular biology of DNA repair and is speaking on the topic today at SABCS. We interviewed Dr. Powell in advance of his talk.PARP inhibitors block the PARP enzyme, which is abundant and ubiquitous in the nucleus of cells — including cancer cells. It’s almost like a first line of defense when there is any kind of disruption of the DNA. When a nick occurs in the DNA, or something causes it to get a little out of joint, the PARP enzyme is activated to repair it. If PARP is inhibited, the nick stays open for longer. This nick is almost like a gap in one rail of a train track. When the cell’s DNA replication machinery is careering along the DNA tracks, it doesn’t realize that one side of the track is interrupted, and it gets derailed.

At that point, to fix the damage, you need a process called homologous recombination, which is the pathway that BRCA1 and BRCA2 control. If homologous recombination is impaired — as it is when someone has a mutation in one of these genes — then you can’t fix the damage and the cell will likely die. That’s why PARP inhibitors are an effective therapy for BRCA-mutated cancers: They lead to DNA damage that the cancer cells can’t repair. The problem with being broadly active in DNA repair is that inhibitors of this enzyme may cause more DNA damage than you want them to. One of the concerns is that if you start accumulating nicks in your DNA, it might have carcinogenic consequences ten years down the road.