Patients Have Their Stomach Removed to Reduce Risk of Cancer 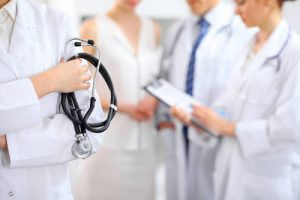 People with an inherited mutation in the CDH1 gene are at a very high risk of developing a rare type of stomach cancer. Having the stomach removed, which can be performed using minimally invasive methods, can eliminate this risk. Most people recover well from the procedure and function normally after initial weight loss.

In 2014, Marguerite Smith learned that she had about a 70% risk of developing an aggressive type of stomach cancer called hereditary diffuse gastric cancer due to a mutation in the CHD1 gene. With her doctor, Marguerite made a crucial decision to have her entire stomach removed — called a total gastrectomy — to eliminate that risk. Today, like many others who undergo this surgery, Marguerite has no sign of cancer in her body and has adjusted well to life without a stomach.

For Marguerite, the first inkling that she might be at risk came in 2013, when her younger brother was diagnosed with stage IV stomach cancer at the age of 30. His doctors suspected it might have a hereditary cause, so MSK’s Clinical Genetics Service tested him for the CDH1 mutation. Their suspicions were confirmed — he was positive for the mutation — and Marguerite, who had just turned 40, was tested soon after. She, too, tested positive.

A biopsy done at MSK showed she was already positive for the earliest stage of hereditary diffuse gastric cancer, so Marguerite consulted with MSK surgeon Vivian Strong about the ins and outs of a prophylactic (preventive) total gastrectomy. “She explained the whole process, how she does it robotically using very small incisions and has a very high success rate,” Marguerite says. “She really made me feel safe with the decision, and my husband and I knew we had found the right person to do the surgery.”

In June 2014, Dr. Strong removed Marguerite’s entire stomach with robotic surgery and connected her esophagus to her small intestine. She also removed more than 30 lymph nodes for examination to confirm that the cancer had not begun to spread. There’s a widespread misconception that you need a stomach to live, when you actually don’t,” says Dr. Strong. “This operation, in which our surgeons have become highly specialized, can eliminate a major cancer threat for this group of people with the mutation.”

Following surgery, Marguerite spent about five days recovering in Memorial Hospital and was able to resume eating small amounts within a few days. “Amazingly, any discomfort and pain was really just in my abdominal muscles, which got better as each day passed,” she says. “I was shocked, because I really expected with that kind of surgery to be feeling pain from inside, just from everything that was changed around. But I was back to work in about eight weeks.”

Years later, Marguerite says the surgery has not significantly interfered with her eating habits. Most people adjust to eating smaller amounts at first, Dr. Strong says, and should take small bites and chew thoroughly. They also learn through trial and error which foods they can tolerate and which might cause problems. “I was already someone who ate small portions spaced throughout the day, so I would say that two years out I’m mostly eating the same as before the surgery,” she says. “Before, eating two pieces of pizza [in] one sitting was a lot for me, and I can still do that now.”