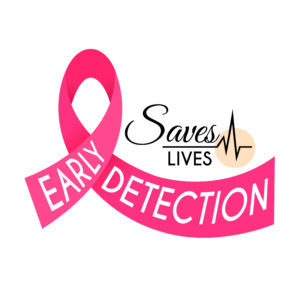 Survival rates for individuals with breast cancer have increased in recent years due to early detection technology. Marion E. Brooks understands how important it is to be proactive with your healthcare because early detection saved his mother’s life. Read the article below for Marion’s account on why it is so important to maintain your health and get regular screenings.

With two of his close family members being affected by cancer, Marion E. Brooks takes his health very seriously. The 49-year-old executive coach is a physically healthy African American man who maintains a fit physique through proper diet and exercise. He also gets regular checkups and screening to ensure that he’s as healthy as possible.

Mostly because knowing that his mother is a breast cancer survivor who was able to beat her condition through early detection, has allowed Brooks to witness how proactive healthcare can save a person’s life.

“My mother was diagnosed in her 30s,” Brooks said. “She actually had a lump removed when she was in the twelfth grade. She’s been going to the same doctor so he was checking her every year.”

“When he noticed this lump in her 30s and saw that it would possibly metastasize, he said to just take it out so she would be able to have a long life.”

To save her life, Brooks’ mother underwent a double mastectomy, resulting in the loss of her breasts. The mother of three had to rely on her parents to take care of her children while she recovered from the surgery.

She’s one of hose very pragmatic people, so when they told her that she had cancer in both of her breasts and they needed to remove them she said, ‘Well, let’s do what we have to do so that I can survive,’” Brooks said.

He says that the toughest part was her recovery, only because of the psychological aspects of being battling breast cancer.

Brooks explains that from his conversations with his mother, he gathered that losing both caused temporary psychological effects. However, his mother was able to work through them, especially with the support of his grandparents.

“We were with my grandparents so my grandmother was the caretaker of her. Once she recovered it was like nothing ever happened,” Brooks said.”

According to the American Psychological Associate, people who battle breast cancer sometimes suffer from chronic stress, anxiety, or depression due to the lengthy treatment process that comes with the condition.

Though Brooks’ mother is now in her 70s and living, and he was too young at the time to be immediately affected by her condition, his mother’s battle with breast cancer and the loss of his grandfather to stomach cancer, his caused him and his family members to be more proactive when it comes to getting health screenings.

“Early detection is the difference between life and death most times with cancer,” Brooks said. “ I think people of color, especially African Americans, we die more from cancer more than anything else because we don’t get the screening as proactively.”

“I’m definitely more proactive. Getting checked is always something that we do as a family.”

As he approaches 50, Brooks continues to make health a priority, not only frequently visiting his doctor but also being mindful of what he eats and staying active.

“I eat healthy, not every day, but my diet is a healthy diet. I definitely exercise, even if it’s just doing 10 pushups,” said Brooks. “I drink a lot of water because water helps with digestion and thinking.”

Targeting Cancer: Breast Cancer Patients have More Treatment Options than Ever Before
February 3, 2020